Lina’s grandparents have decided to separate. Together, they came from Algeria to Thiers, in the middle of France, over 60 years ago. Side by side, they had experienced this chaotic immigrant life. For Lina, their separation is an opportunity to question their long journey of exile, as well as her identity.

Lina’s grandparents, Aïcha and Mabrouk, have decided to separate. They have moved out of their shared apartment to live in two buildings facing each other, still in the small town of Thiers where they moved in together on their arrival from Algeria, over 60 years ago. However, Aïcha continues to prepare food for Mabrouk and to bring him his meals every day. As for Mabrouk, he continues his solitary and silent walks at the shopping centre. Together, they had experienced this chaotic immigrant worker life and today the strength they had shared for so long seems to have disappeared. Their granddaughter wonders: why has no one been able to explain the meaning of this separation to her? Why does she not know their history well enough? Would that enable her to understand their turmoil today? Their Algeria is a family film in which the strength of character of each of the protagonists contains a story that is bigger than this separation: the difficult story of the Maghrebin families who arrived in France at the end of the 1950s and have never succeeded in reconstructing a new life since. 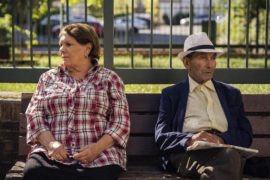 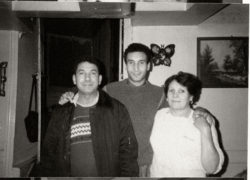