The state funeral organised for Joseph Stalin was the peak of the cult of his personality. Drawing on archive images, highly respected director Sergei Loznitsa composes a staggering symphony that looks History right in the eyes. Simultaneously grotesque and sublime, State Funeral exposes the regime of terror.

On the death of Joseph Stalin, 5 March 1953, the State funeral organised in his honour represented the highest peak of the cult of his personality. The event was staged as much as it was abundantly filmed, which is why the archival materials amassed by Sergei Loznitsa are filled with riches. Through staggering editing work on the visual and sound materials, the filmmaker composes a symphony detailing each phase of this grotesque and macabre ritual. Being above all a question of a show, albeit funeral, the film reveals its nature by showing the symbolic impact of Stalin’s death as experienced by the crowd. In the face of these thousands of bodies bowing down before the figure of the tyrant, we read the fear there, exposing the Soviet Union under Stalin for what it was, a regime of terror. Loznitsa places the spectator in the heart of the collective and forces them to look History right in the eyes. As sublime as it is disturbing, State Funeral captures the power of the documentary image to give it back to the people. 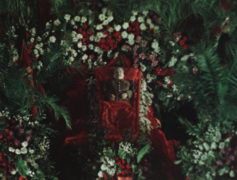 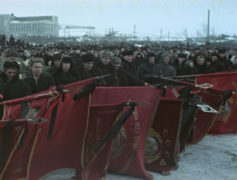 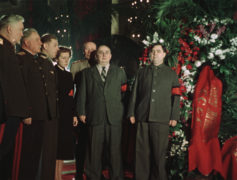 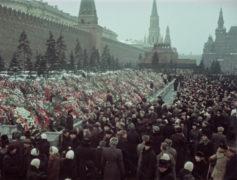 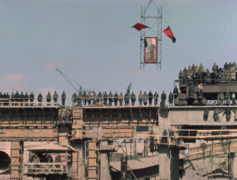