When the organic tomatoes of Christos and Alexandros meet the music of Wagner out in the fields, an incredible energy fills the outskirts of the small village of Elias, until then doomed to disappear. The plains of Thessaly have always been an active basin in Greek agriculture, but today the economic crisis has undermined all the activity in the region. The two cousins have decided to dedicate their lands to organic farming and to promote their product, on site, in the hangar behind the house, with the help of the village’s grandmothers. It is this funny trans-generational team that will develop this improbable project and distribute jars of tomato sauce and other prepared meals around the world. When Tomatoes Met Wagner is a bitter-sweet comedy fully anchored in our epoch. It is a modern story that takes in rural revitalisation, the reinvention of living in harmony and the exploration of globalisation at one’s own level. “How do we change the world without a revolution?” is one of the questions asked at the beginning of the film… How about with a few jars of tomato sauce and a bit of classical music. 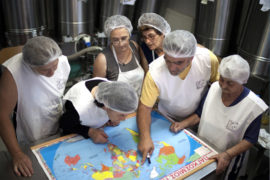 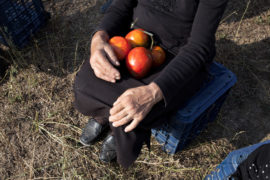 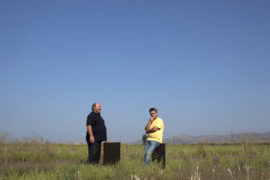 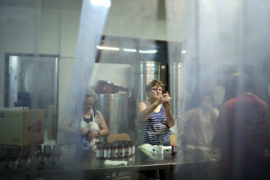