A joint anniversary screening for Les Diablerets International Alpine Film Festival (FIFAD) and Visions du Réel as they both celebrate their 50 years anniversary. Mountain is a film that explores the human obsession with mountains. Three centuries ago, climbing the summits was still akin to madness. The peaks were considered to be places full of danger; their bewildering beauty was then unsuspected. The question thus is the following: why are millions of people attracted by these heights today? From the Himalayas to the Antarctic, from Hawaii to Afghanistan, the film reveals the backstage of a breathtaking panorama to the public. Storyteller and actor Willem Dafoe lends his voice to the narration. A magnificent cinematographic and musical symbiosis between the Australian Chamber Orchestra directed by Richard Fognetti and the perspective of the filmmaker Jennifer Peedom to whom we also owe the fantastic Sherpa, Grand Prix at FIFAD 2016. 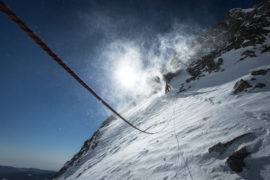 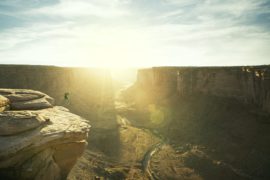 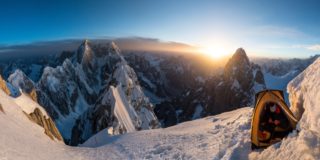 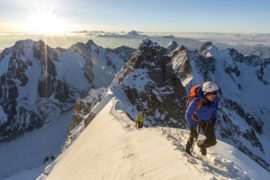