León Siminiani has always dreamed of making a heist film. One day, in the papers, he reads the story of Flako aka “The Robin Hood of Vallecas”, the leader of “the sewer gang”. With his men, Flako used the sewers of Madrid as a parallel city to have access to the banks. He then decides to write to him in prison to offer to make a film and, against all odds, Flako accepts. Together, they will try, through the writing of the film, to discover who the real Flako is, an enigmatic character, half delinquent, half local hero. Without hiding the difficulties of confronting a stranger and making a film about it, Siminiani constructs a captivating account on the art of heist, but also on filmmaking and on his own role as director. Eventually, he addresses the essential question that traverses every film: the complex relationship between the watcher and the watched. Switching between documentary and fiction, Notes for a Heist Film is more the chronicle of a friendship than a simple heist film. 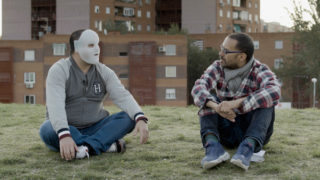 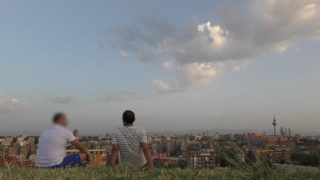