Jean-Gabriel Périot asked students of a Parisian high school to participate in an experiment on the militant filmmaking of May 68. These students will constitute the film’s technical crew and they will also be its actors, performative bodies through which the subject of politics today will be articulated. They will re-enact legendary scenes from the films of Tanner, the Groupe Medvedkine or Godard. But in the voice of these young people, the instructions of May 68 resonate poorly with regard to the contemporary world, noting that in terms of political wording there are still more doubts than certainties. What is the working class? What is capitalism? What is a trade union? Through these questions addressed to the high school students, Périot tackles a new generation, without judgement, in an attempt to answer the essential question of the film: have we failed? Thus, some of the concepts that have marked the history of 20th century ideologies, such as communism, fascism or class consciousness, are called into question by a youth that claims the right to their own voice. A film about the urgency of reformulating political debate. 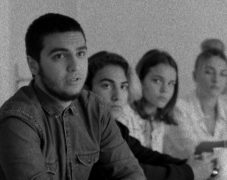 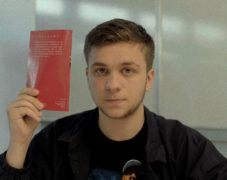