The Aviron Bayonnais is a rugby team having a streak of bad luck. Even though they fight relentlessly, they keep losing. One day, though, things change. Everything seems to be possible again. But will the team be able to keep up the momentum? Delphine Gleize films this sports odyssey with humour and passion. She is the only woman in the locker room and the men talk to her as if she were one of them. Through her camera, getting close while keeping an observational distance, the filmmaker manages to capture elements that define and clarify male bonds and relationships. Game after game, the players begin to consider her a member of their own crew, almost a secret player. Becoming an accomplice and partner, while never forgetting the task at hand, being in the inside while trying to remain an outsider with a camera, becomes a real challenge for the filmmaker. A complex film about sports and relationships, it is also an insightful portrait in the intimacy of the athletes. 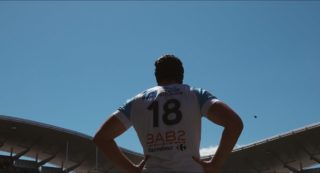 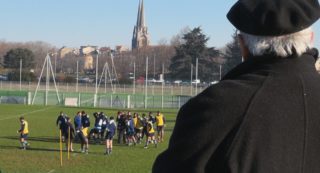