What are the boundaries between reality and fiction? Between documentary and re-enactment? Obsessed by his grandmother’s diary written while she was in an ammunitions factory in a labour camp during the Second World War, a young filmmaker interviews his father in a very straightforward documentary fashion. But as the story unfolds in a very deceptive way, the place between narrator and filmmaker (and viewer…) shifts and both try to come terms with the complexities and unknowable ethical ambiguities that the story so restlessly throws at them. Audaciously, the filmmaker puts his father and himself in a complex situation, trying to imagine what their choices could or would have been had they had to endure the same ordeals. Blurring all the possible limitations between memory, documentary, cinema and theatre, director Ben Neufeld creates an engaging and always stimulating cinematic experience that challenges in previous unseen ways all preconceived notions about so called documentary cinema and the representation of truth through images. 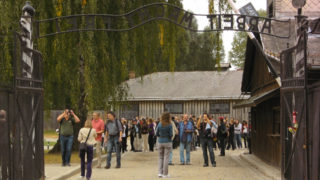 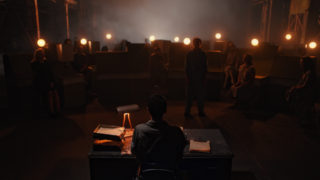 Music When the Lights Go Out Ismael Caneppele

A Bright Light – Karen and the Process Emmanuelle Antille