René is a superhero with an unusual power: high-speed yodeling. His antagonist is the fastest jet fighter in the world. While hitchhiking he tries to convince beatboxers, pilots and housewifes that his tongue is faster than the airplane. Two event organizers help him to organize the challenge. An entertaining film with an editing rythm as full of energy as its enthusiastic protagonist.

René Wiedmer is a superhero with an unusual power: high-speed yodeling. His ideal and only “relevant” competitor is an original as well: the fastest jet fighter in the world. René is confident that one day his performance will be included in the Guinness Book of World Records as the winner of the ‘Man against Machine’ race. While hitchhiking, René thus tries to convince beatboxers, pilots, housewifes and any other people he meets that his yodeling tongue is faster than a jet fighter, demonstrating his talent gladly and as often as possible. Because they believe in his exceptional “yodel-sound speed per meter”, two event organisers decide to support him in fundraising 500,000 CHF to prepare the official event. Yet the process and collaboration prove to be difficult, as René is a free spirit and follows his intuitions, while his partners seem to relate to business related matters and dynamics. Although he faces obstacles, René will never give up his eccentric dream. An entertaining film, filled with surprises and irony, and resting upon an editing rhythm that is as full of energy as its enthusiastic protagonist. 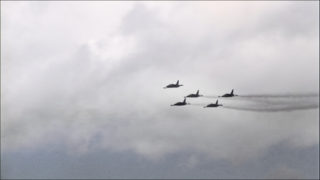 I am FEMEN Alain Margot

Between Earth and Sky Maria Gans

The Path of the Witch Lorenzo di Ciaccia

The Little Prince in The Land That Passes By Carina Freire