In the Broumov region in the Czech Republic, the last wolf was eliminated two centuries ago. Its reintroduction, like elsewhere in Europe, triggers passionate debate between livestock farmers and environmentalists. Martin Páv planted his camera in the middle of this battlefield, on which is being played out the pacified coexistence of humans with this totem animal, a symbol of wild nature.

In the wild Broumov region in the Czech Republic, the last wolf was eliminated two centuries ago. Its reintroduction, like elsewhere in Europe, now triggers passionate debate between livestock farmers and “greens”. In Vernéřovice, a small rural village, nestled between the forests, Tomas, the whimsical and protective mayor, Jan, a conservative livestock farmer, Lenka, a utopian farmer, and Jiri, a fundamentalist naturalist, are constantly looking out for traces of the presence of the mysterious and invisible animal. In this hyperlink film, speech circulates freely and each of the characters fluctuates in their ideas and positions. The farmers seek to protect their livestock from frequent attacks whilst the environmental protectors intend to re-establish the natural balance... but the more general question of the ambivalent relationships between humanity and nature is complex. Martin Páv captures how this local microcosm, with naturally superb scenery, at the border of Poland, refers us to a much wider reflection about controlling the environment and the necessity of changing mentalities in terms of safety and property. 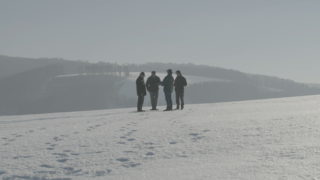 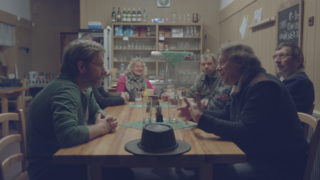