Working to the rhythm of the aisles of a banal supermarket, the employees seem seized by the repetitive tasks and their routine. But this does not take the roaming spirit of the workers into account: humour, drama, mystery and romance thus populate this confined space. The aisles loaded with victuals become a small theatre in which their doubts and their improbable dreams are expressed.

Working to the rhythm of the aisles of a banal supermarket, the employees seem seized by the repetitive tasks and their routine. There is the team from the bakery section who kneads, assembles, and bakes bread and cakes. There are the women and men who pile boxes on the stalls or the employees who keep an eye on each customer through the security screens… Day after day, all the workers in this Brazilian supermarket keep pace with this rigorously orchestrated ballet. Through the lens of her camera, Tali Yankelevich observes this place, from an unusual angle, and then another unknown, strange and marvellous dimension emerges. Declarations of love, quantum mechanics, role playing in costume and literary discussions populate the extraordinary stories of My Darling Supermarket. By revealing the humanity at the heart of the familiar place, in which we rarely show much interest, the supermarket becomes a fine metaphor for talking about the necessity of imagination in everyday life. And what if the meaning of our lives could be revealed in the aisles of a supermarket? 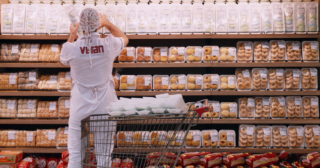 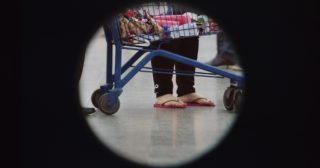