Langfang, 40 km from Beijing, is one of the Chinese cities with the highest level of air pollution. The team of the local environmental protection office are working to contain the problem. Between the pressure from the Chinese leaders and the impact of this policy on workers, Smog Town reflects upon who will definitively pay for this environmental crisis.

Langfang, 40 kilometres from Beijing, is one of the Chinese cities with the highest level of air pollution. At the local environmental protection office, deputy chief Li and his assistant Hu are working to contain the problem. The exacerbated pressure of the Chinese leaders only adds to the urgency of this crisis, putting Li, Hu and their team in a difficult position, insofar as they can be penalised in the event of a lack of results. Bearing this in mind, Smog Town admirably elucidates the diverging interests between the government, industry and the employees affected by this policy. While accompanying Li and Hu in their procedures, Meng Han gives a voice to the workers who see their activities threatened. On a wider scale, the film questions the consequences of China’s frantic development, which now makes it the second economic power in the world. Without providing a definitive point of view on the subject, the filmmaker offers a hint of criticism with regard to a government whose policy aims only at the short term. 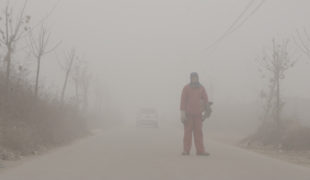 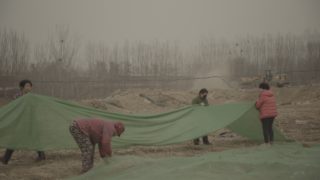