Harvey Milk, a former hippie and camera store owner from San Francisco runs for political office at the City Council three times and loses. But the fourth time, in 1977, he is elected. He is the first openly gay politician in California. Dan White, a former policeman, is also elected. Harvey Milk’s popularity rapidly increases, thanks to his humor and to the job he does for oppressed city minorities. In 1978, he takes frontline position against the anti-gay "Briggs Initiative". The same year, Dan White gives up his task at the City Council. In November 1978, the "Briggs Initiative" is defeated. A few days later, Harvey Milk and another progressive politician are murdered by Dan White. The film documents Milk's personality and political work, as well as it examines his impact on the inhabitants of San Francisco through interviews with people who used to know him or work with him. 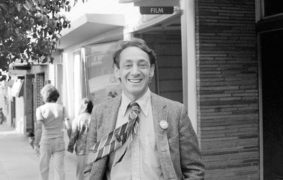