"I wanted to concentrate on the people who live on the Wadden Sea's shores to reach an understanding of nature through them. For me, the emphasis is on vitality, contradictions, directness. I would be very satisfied if this film could make some contribution towards making more people aware that it is in their own interest that an area such as the Wadden Sea is safeguarded. This means that we must try to disprove the supposed conflict of interests between the conservation of nature on the one hand and the well-being of the workers on the other. This task is so difficult that even a partial success on this score would be very welcome" (Johan van der Keuken).

The film includes portraits of people whose lives have been fundamentally altered by the developments taking place in the area, such as worm-diggers, farmers and fishermen. And there are also the tourists, the various rugged individualists, the small-time entrepreneurs in this end of the world and the demonstrators against the most fatal threat: nuclear energy. 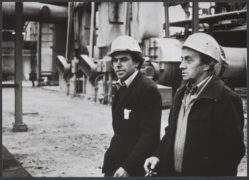 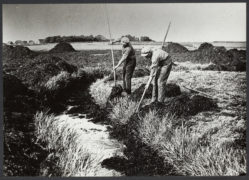