The acronym GRA means Grande Raccordo Anulare (Great Ring Junction). A ring-shaped, orbital motorway that encircles Rome. Its circumference measures 68,2 kilometres. The acronym derives from the name of Eugenio Gra, chairman of the Italian road authority. Officially known as the A90, the romans refer to it as “Il raccordo” (The Junction). Almost 160 000 vehicles – sometimes more – flow every day in its lanes. In his film, Roma, Federico Fellini celebrated like a grotesque carnival one of its many jams where cars, trucks and various vehicles all pile up. Gianfranco Rosi’s Sacro GRA is the opposite of Fellini’s surreal portrait. Like an explorer of lost customs and tribal artefacts, the director brings to light the existence of those who live around and below the motorway. The title is an ironic reference to the knights of the round table mythology and their quest for the holy gra(il) (the literal translation of the film’s title). Instead of documenting the unstoppable flow of traffic, Rosi films an almost alien landscape where time stands still and people linger on like haunted souls. 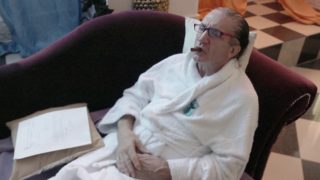 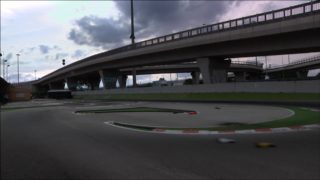 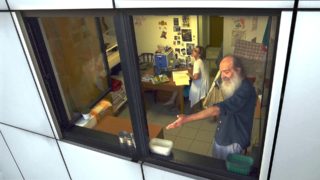 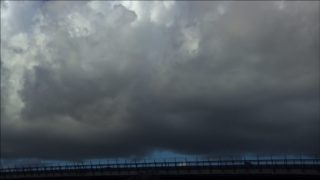 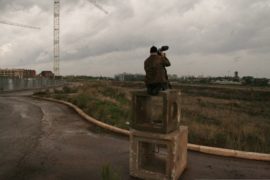