There is a place 190 miles south-east of L.A. where people outcast by society settle down. A place lying 129 feet below sea level. A place called Slab City. Women and Men from all walks of life, brought together by chance and choices, try to build an alternative community with its own rules and laws. Even without running water and electricity. At night, sitting around campfires, they share stories and songs. But the next day, once again they try to find new energies and motivations to keep going. Upon meeting some members of the community, Rosi started hanging out with them while trying to understand how to approach a correct working strategy. This would allow him to film human beings who have decided to lead a life that is utterly incomprehensible to the vast majority of people. Little by little, the members of Slab City emerge as complex and fascinating individuals. They go by the names of Sterling and Cindy; Ken and Lily; Carol and Wayne. Once you hit the ground below sea level, that might just be the best vantage point from where to glimpse a new shot at a different future. A film like a beat poem. 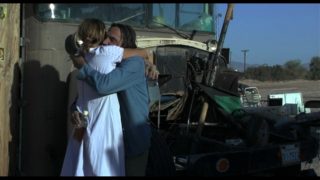 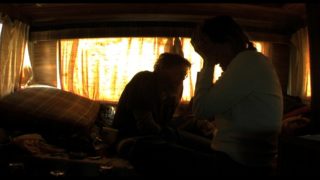