Jola and Wiesek are a flamboyant couple running Poland’s largest pawnshop. Their business used to be profitable, but now generates only losses, since pawned objects are difficult to sell. They decide to launch a big spring marketing campaign. A humorous look at the ups and downs of a society of plenty… of second-hand things!

The opening shot sets the atmosphere. While blowing up balloons, Wiesek argues on the telephone with the unhappy buyer of a faulty blender, bought at “Helicopter 2”, Poland’s largest pawnshop, which he runs along with his wife Jola, an impressive Valkyrie who trails her fur coat and never-ending fuchsia-pink nails around the aisles full of pawned objects. This flamboyant, close-knit and voluntarily quarrelsome (particularly in the presence of employees) couple collects the confidences of their unfortunate clientele, their shop resembling a kind of skid row inhabited by faces of the utmost precarity. Their business was profitable in the past, but now generates only losses, since everything that is piling up here is increasingly difficult to sell. Wiesek then decides to boost his dwindling Pawnshop with rudimentary marketing techniques and launches a big auction to replenish the coffers. With a keen sense of situations and framing, Lukasz Kowalski uses humour and tenderness to depict the everyday theatre of the society of second-hand abundance. 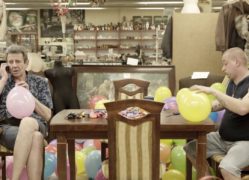 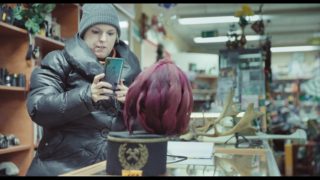 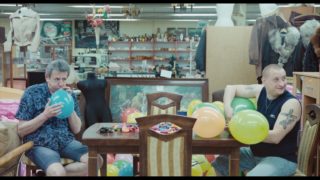 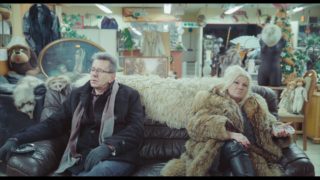 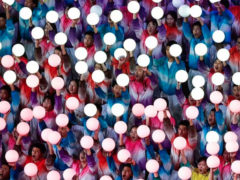 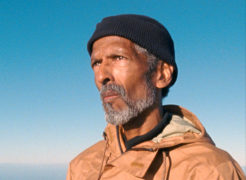 In the Billowing Night Erika Etangsalé