The Lebanese-born resident of Berne, Mahmoud Turkmani, is a virtuoso on the guitar and the oud. Insulted in Egypt as ‘Ya sharr mout’ – ‘son of a prostitute’ – for his contemporary compositions, Turkmani is now going on tour with a musical project of the same name. Gisiger offers a wonderfully filmed plea for nuance interwoven with Turkmani's adventurous life story, which he tells in a remarkably conciliatory way.
Arabic characters transform themselves on the computer screen into word plays. “You only have to move two points to make good out of evil”, notes Michael Spahr, who creates the visuals for the new composition by the Lebanese musician and resident of Berne Mahmoud Turkmani.

Insulted as ‘Ya sharr mout’ (‘son of a prostitute’) at the Congress of Arabic Music, Turkmani, a virtuoso on both the guitar and the oud, responded with a musical project bearing the same name and featuring work which many traditionalists would describe as daring. The musician is now taking the project on tour.

Turkmani’s childhood calls to mind that of the Jackson 5. Then came the war. He trained in the Soviet Union and found love in Switzerland. Turkmani tells the adventurous story of his life with a friendly, nearly blissful smile, and the carefully chosen images that poetically accompany his dramatic story seem just as conciliatory.

In Ya sharr mout Sabine Gisiger offers a sensitive portrait of an artist as well as a plea against fundamentalism and in favour of open-mindedness as well as nuance – whether in music or when interpreting the frequently invoked culture war between East and West. 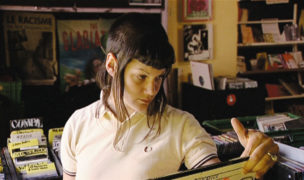 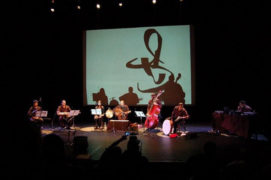 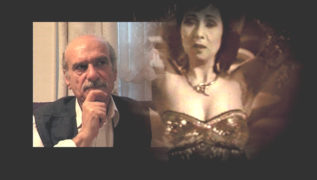