Diane Wellington, a teenager who disappeared in 1938 in South Dakota, has just been found again. This is the starting point of this story that takes up silent film codes by using sub-headings. The story is told from various points of view, giving Arnaud des Pallières the opportunity to interpret the power of silence of archive images that were collected on the internet, but whose origins are totally unknown to him.
The remains of Diane Wellington were recently found in a field. She was a teenager who went missing in 1938 in South Dakota. This is the point of departure for this evocation written in the present tense, associating amateur footage shot at the beginning of the 20th century and collected by Arnaud des Pallières on the internet with a fictional narrative by Nancy Peavy freely adapted by the filmmaker. Diane Wellingtonis a separate fragment, which is also part of the preparation for a feature film now in its finishing stages – entitled Poussières d’Amérique. This short film is composed of two parts. The first part uses the conventions of silent film and is based on a narrative interspersed with title cards each one of which dialogues with the images and provides a link between the archives to the point of sometimes blending into the visual subtext. In the second part, the title cards disappear. The shots are used solely for their expressive power by means of a serial editing of black and white and colour images of landscapes, the headlong race of a train and the flight of a gull, magnified by the music score composed by Martin Wheeler which makes the film verge on the elegy. 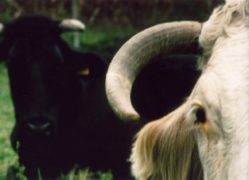 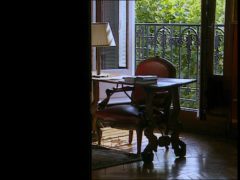 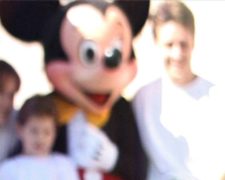 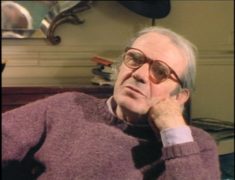