In Rome, Gianclaudio Lopez, a retired teacher, sets off in search of his former students who are now approaching their thirties. A Class Story mixes sequences of the video diary that the teenagers had filmed at the time and sequences shot now in which the protagonists, adults, remember this period and speak of their dreams, illusions and regrets.

For almost 30 years, Gianclaudio Lopez taught at a high school in Rome which trains students for the audiovisual industry. Fifteen years ago, as a reaction to high rates of absence and descholarisation, a project was implemented with his class: the production of a video diary. The teenagers filmed at school, during lessons, but also outside and at their homes. Now retired, the teacher has carefully preserved the assessments, essays and the video diary and, caught by his memories, he decides to set off in search of his former students. A Class Story navigates between past and present, mixing fragments of images filmed by the students and sequences shot recently in which the protagonists, now adults, remember this period and speak of their dreams and illusions. Valerio Jalongo (The Sense of Beauty, VdR 2017) draws the portrait of Yari, Jessica, Lorenzo, Gianluca, Corinna and Alessio through the unpredictable directions that their lives have taken, and the internal resources that they had to find to reinvent themselves. 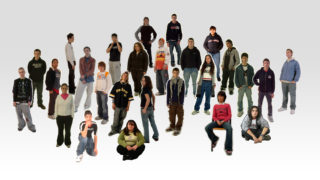 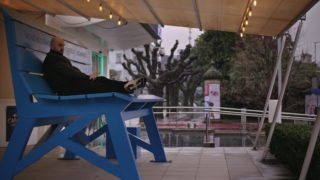