“I was Hamlet. I stood on the coast and spoke with the surf BLABLA. At my back, the ruins of Europe.” In free dive, in the manner of the Ophelia/Electra of Heiner Müller’s Hamletmachine (1977) which accompanies the story plot, we set out into the ruins of a Europe set adrift. Guided by Faustine du Couvent, a young Parisian woman with a dark and poetic energy, The Ruins of Europe is an eminently personal object that unfurls nervously, with the aid of archive television images, in order to draw the portrait of a society that is falling apart. “Television. Daily nausea. Nausea. Prepared verbiage. A prescribed good mood. How is wellbeing written?” Saturated with images to express the excess of violence, fascism and rebellion in all its forms, a film located between a manifesto and a shout, ambitious and uncompromising. Ira A. Goryainova moves bravely forward, blindly, too lucid, in the darkness of a world that is shared between those who still believe and those who, having given up, live with desperate nonchalance. 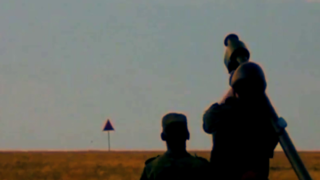 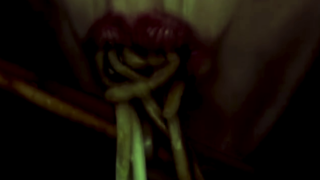