Made by the collective Zimmerfrei, this film is part of a series entitled “Temporary Cities” screened in the context of the InSitu pan--European festival. In this bar in the old mixed neighbourhood of Noailles in Marseilles, a bunch of drifters gather to drink and talk, like flotsam and jetsam tossed around by the waves of life that always end up floating back to the same anchoring point.

Sometimes a piece of graffiti glimpsed on a faded wall is enough to evoke an idea for a film. La Beauté c'est ta tête, for example: an enigmatic aphorism hastily scribbled not far from a bar rooted in the heart of Noailles, the oldest district of Marseilles. A bar so tiny it’s like “your mother’s womb”, as one of the locals describes it. They don’t talk about philosophy here, but there are lots of stories floating around, because alcohol is doing the talking, creating a readiness to let oneself start sliding down the slippery slope. Lame ducks, who could have become thugs but are instead postal workers, these sons and daughters of drifters from all over, tossed around like nutshells by the waves of life, who rest a while on these grey imitation leather seats, their bodies pitching about in this drunken boat which is also their home port. The city is changing. It remains a slightly wild “stranger” that the Zimmerfrei collective (Massimo Carozzi, Anna de Manincor and Anna Rispoli) explores, in the company of these Bukowski-like night birds who still dream of the open seas and struggle to adjust to the ongoing gentrification of Marseilles. 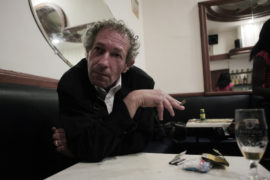 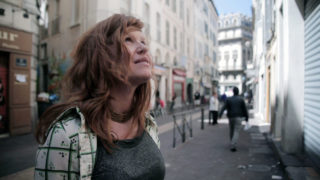 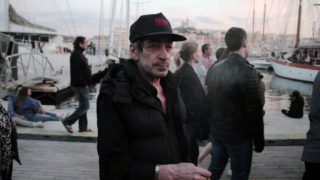 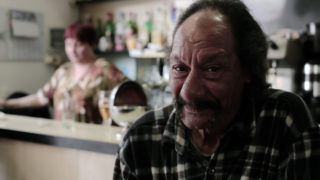 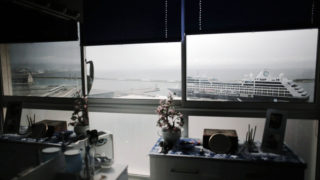 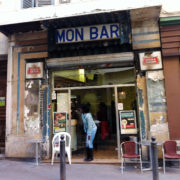 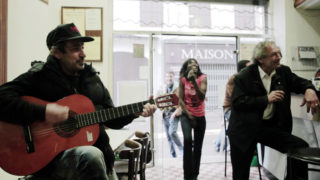