On the banks of the artificial lake of Brasimone, near Bologna, archival material is interwoven with contemporary images from the daily life of a young girl in her surroundings. Between delightful nature and futuristic industrialisation, time in the film – disjointed by the comings and goings and the clever mix of formats – seems to be suspended, in apprehension of the resumption of an industrial plant’s activities.

On the banks of the artificial lake of Brasimone, in the Apennines near Bologna, a nuclear power plant built in the early 1970s has never been in operation for political reasons. Borrowed from the (Italian) National Archive of Family Film among other sources, the clips are intertwined here with contemporary images of the bucolic everyday life of a little girl in her family surroundings. The beauty of nature and life in the region, during the 1970s or today, stands alongside images of a futuristic-looking industrial development. By using several formats in the contemporary sequences, Riccardo Palladino mixes times and ages and disrupts somewhat the points of reference, using extremely firm and delicate editing to portray a singular place through seasons. While the threat of a return to nuclear power rumbles in Italy, time seems to be frozen, and the film ends with a poem: "If I were fire, I would burn the world; if I were wind, I would shake it in a storm; if I were water, I would drown it; if I were God, I would send it to hell" (Cecco Angiolieri, 13th Century). 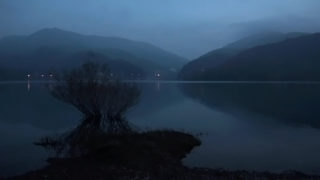 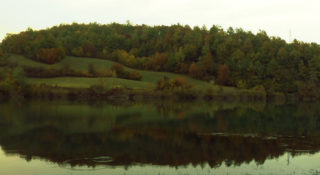