Between Plato's Atlantis and a version depicted in a 1970s American science-fiction TV series, Ben Russell composes a documentary portrait of the lost island, found in the singular Malta. Happiness was already a key dimension of his previous work. Here, perhaps is trance – one of his prime research areas – produced by the magnetic beauty of the film?

Between the Atlantis of Plato and the version depicted in a 1970s American science-fiction series, Ben Russell weaves an eloquent structure of accounts and utopias. With a close relationship to his previous opus Let Us Persevere... as much from a structural point of view as in terms of the key question of happiness, Atlantis is a documentary portrait of the mythic island, imaginary or lost, found in the singular Malta. “Instead of trying to verify or undermine local Maltese claims to that island's existence as Atlantis, I decided that I'd believe that it was and work from there. What would utopia be in the present? How would it be limited by a vision of the past? This is where Plato and Thomas More came in.” (BR). The film takes inspiration from More’s position on utopia and on men as dominant creatures; moreover, it widely extends the spectre of its subject via its own form. Through a fragmented narrative that never gives up the intelligibility of his discourse, the filmmaker returns to another of his preferred research areas: trance; perhaps produced here by the magnetic beauty of the film. 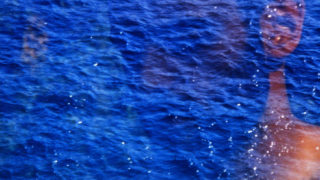