For over 15 years, Visions du Réel’s industry activities aimed to underline and exalt the variety and richness of creative documentaries while providing precious networking opportunities. Acting as the Festival’s professional hub, VdR–Industry is designed as a springboard for projects, facilitating both national and international collaborations and long-term partnerships between the projects’ representatives and the professionals attending the industry events.

In 2022, 27 projects were invited to participate in three key forums – VdR-Pitching, VdR-Work in Progress and VdR-Rough Cut Lab – that ran as part of the Festival’s Industry activities in Nyon from April 10-14. With its numerous prizes and grants, VdR-Industry and its partners reaffirm their determination to support independent documentary filmmaking in all its diversity.

Avi Mograbi is a filmmaker and artist born in 1956, lives in Tel Aviv. He is one of the founders of the veteran soldiers organization Breaking the Silence. 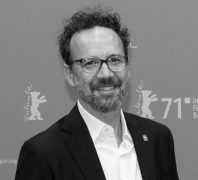 Since 2020 is the artistic director at the Berlin Film Festival. Prior to the Berlinale he served as artistic director at the Locarno Festival for six years. He has been a programmer for Alba Film Festival, Florence Festival dei Popoli and Visions du Réel. As a journalist, author and programmer, he collaborated for several magazines and published essays and monographs on filmmakers such as Nanni Moretti, Errol Morris, Frederick Wiseman. He served as Juror in Buenos Aires (Bafici), Jeonjiu,  Morelia,  Sarajevo, Paris (Cinema du Reel), Sundance. 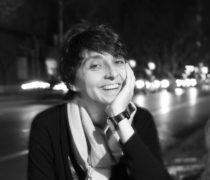 Producer
Isabelle GLACHANT is a Beijing and Paris-based producer of acclaimed Chinese filmmakers such as Wang Xiaoshuai (IN LOVE WE TRUST, Berlianle’s Silver Bear for Best script), Lou Ye (LOVE AND BRUISES with Tahar Rahim), Lu Chuan (CITY OF LIFE AND DEATH, Best film in San Sebastian) and Wang Bing (Venice’s ORIZZONTI Best Film award). In recent years, she also branched out to Indonesian talents, with MARLINA THE MURDERER IN FOUR ACTS by Mouly Surya (Cannes’ Director’s Fortnight) and ABRACADABRA. Her latest production SILVER BIRD AND RAINBOW FISH by Lei Lei will screen at Vision du Reel this year. She is currently developping new projects by Mouly Surya and iranian new voice Dornaz Hajiha.
Glachant also founded Asian Shadows, an international sales boutique company specialized in Asian films by Asian Masters and young directors. Their line up includes films by Wayne Wang, Wang Bing, as well as the first features of Wang Qiong (ALL ABOUT MY SISTERS) and Irfana Majumdar (SHANKAR’S FAIRIES, Filmakers of the present competition, Locarno 2021).

RTS Award
Pre-buy of one film

Unifrance Doc Award
Subtitles creation (offered by TitraFilm) and one Unifrance’s membership for the French producer attached to the project.

Delphine Jeanneret is a film curator, lecturer and deputy head of the film department at HEAD, Geneva School of Art and Design. She is part of Internationale Kurzfilmtage Winterthur and Locarno Film Festival (Open Doors) artistic committee, co-founder of Festival Cinéma Jeune Public in Lausanne, and president of the association Ciné-Doc, promoting documentary forms in Switzerland. For more than 15 years, she has been programming films in festivals, art spaces and film institutions. She is strongly involved in programs that aim at revealing young filmmakers with new aesthetics, and counts numerous participations in juries and round tables in international festivals such as Cannes, IFF Rotterdam, IndieLisboa, Dokufest, Festival Nouveau Cinéma in Montreal, Austrian Film Museum, Warsaw Int. Film Festival, etc. She holds an MA in art history and English & American literature, as well as a diploma in cultural management.

Chilean-French consultant, programmer and critic. Member of the feature film selection committee of the Locarno Film Festival since 2021.

She has collaborated for years with numerous funds, labs, residencies and industry meetings, mainly in Europe and the Middle East, nominating candidates, assessing and selecting projects and applications, and mentoring filmmakers at all stages –from early development to script and editing consulting, as well as pitching training.

As a freelance writer, she has contributed to a number of media outlets and books for two decades. Co-founder of Revista de Cine Mabuse.cl (2002-2016), former vice-president of the International Federation of Film Critics, FIPRESCI. 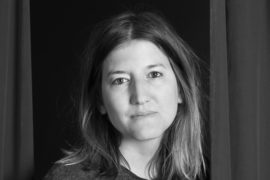 Stefanie Rusterholz studied communication science and media research as well as Film studies. She graduated from inter-university Master’s program in Film Studies offered by the SWISS CINEMA NETWORK at the University of Zurich. From 2012 – 2019 she was a programmer and the head of film coordination at the Zurich Film Festival. Since 2020 she works for the foundation trigon-film as deputy manager, where she is co-responsible for cinemas, acquisition as well as for the curation of the streaming platform Filmingo.

10’000 CHF in cash for the best project from the South (Africa, Latin America and Asia) or from Eastern Europe (excluding EU members)

TËNK Award
Purchase of distribution rights for one film of the Opening Scenes section and an editing residency at the Documentary Village of Lussas (France) for the filmmaker of the awarded film.

Docs Up Award
A grant of 1’000 € and an individual consultation offered for the next feature length film of a film director from Opening Scenes section.

The Map is not the Territory by Louis Hans-Moevi
Production: Léa Génique – IDIP Films