We are roaming around a futuristic, geometric construction whose structure emerges in a milky white. But a matter eroded by time is what now appears, lit up by torchlight, like the remains of a lost civilisation that these men dressed in yellow suits are collecting, beneath the gaze of a child concealed behind the vegetation. It is down to the “citrus tristeza virus”— a disease leading to the decline of trees — which struck the families living in this region of Cuba, who survive, now, in the virtual ruins of a former agronomy school inhabited by “New Men” familiar with the latest orange-growing techniques. Composed in static shots like a series of hallucinated tableaux that James G. Ballard would not have disowned, The Project is that of a filmmaker returning to the location of an unfinished film. By taking his “project” back to the drawing board, Alejandro Alonso crosses willing spectres who now occupy the space where he must accomplish his suppressed desire to understand what was lost on the way in the Castro revolution. 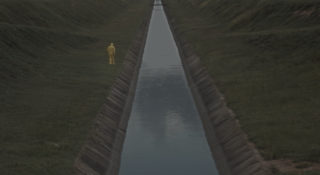 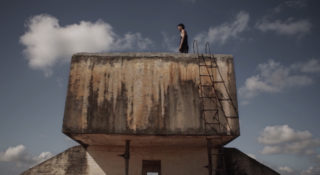