Who Are You October ?

A woman puts on her most beautiful dress. The iridescent reflections pierce the darkness, from which emerges archive footage showing the attack of the Burkinabe National Assembly by “bare-handed” demonstrators in October 2014. They were opposing the amendment of an article of the constitution demanded by Blaise Compraoré, who had been in power since the assassination of the ‘father’ of the Republic of Burkina Faso, Thomas Sankara, on 15 October 1987. Qui es-tu Octobre? retraces this story through a family living in a district of Ouagadougou. Julie Jaroszewski asked the protagonists to “re-live [their] realities through the device of acting and mise en scène.” In front of her camera, the re-enactment takes the form of a contemporary parable that Mika, a teenager, gradually incorporates like “a heritage that is preceded by no will” (René Char). The images of Sankara, his words, haunt the Burkinabe reality, filmed under the influence of a fragile hope, carried by the speech of he who was able to render their dignity to the “Upright Man”: “soon the stars will come back to visit the earth from which they distanced themselves during our dark times.” 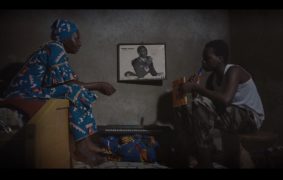 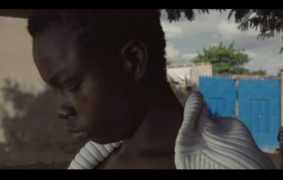