“I asked my friends to donate a little time and an object so that together we could understand what connects us. Fragment after fragment, the archipelago of friendship emerged from the images and sounds that we conceived.” (F. Filliger) On a mission to define friendship, Filippo Filliger weaves together, like a Chinese portrait, objects, memories, and affection. A fine gesture, simultaneously generous and modest, which is successful in approaching and translating an intangible matter; that which even sometimes manifests itself in the mere obviousness of its existence. Although feelings cannot be represented, they may at least be invoked, such as the figure of the synecdoche—one part to skim over everything, in this specific case. The image on film holds itself at a distance from the sound and exacerbates a feeling of in-betweenness: time passes, impressions fade, while relationships are built, imperceptibly. Gravitating around emotions known to everyone, Hypertable - Essay on a Friendship succeeds, through essay form, in bearing witness to the plurality and mystery of feelings. 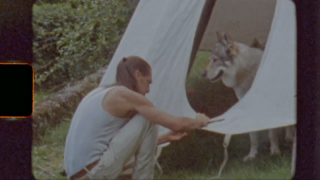 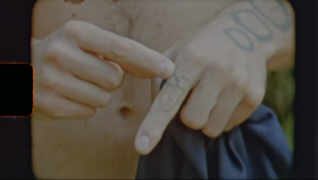