Two young Tunisians struggle to survive by working in the hay trade. Their day starts very early and never seems to end. With no alternative other than unemployment or exploitation, their dreams of a carefree youth quickly turn to despair. A film whose wild energy leaves a bitter taste while making a sharp commentary on today’s Tunisia.

Two young unemployed Tunisians try to survive in the hay business. Their working day starts very early and never seems to end. Faced with a choice between unemployment and exploitation, they find their dreams of a carefree youth quickly turn to despair. Hamza Ouni’s film, driven by a wild but very bitter energy, brutally and honestly recounts a situation that no European filmmaker could have treated with the same distance. The rhythm of its editing is “fast and furious”. Leaving out no subject of discussion, the protagonists talk openly of homosexuality, as they do of theft and prostitution. They partake in all the forbidden pleasures, including the consumption of alcohol. They are young. They want to live. But we also see them suffer the daily slavery of exhaustingly hard work. We see their bodies become tired; we see them lose all their hopes. There will be no Arab Spring for them. “The film immerses us in the world of the convoys that cross Tunisia with their load of hay. (…) It’s a chronicle of six years (…) a memory scanned without compromise, but with all due modesty.” (HO) 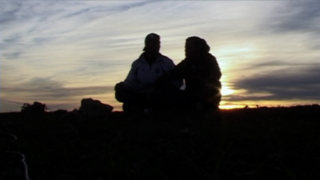 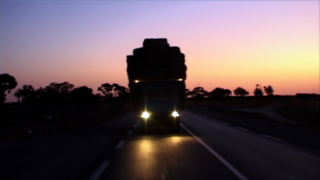 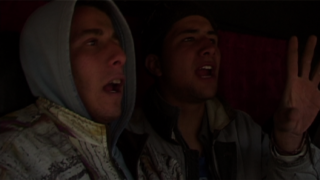 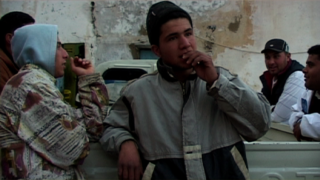 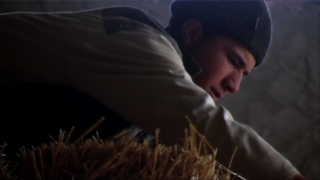