A portrait of the dark and tortured world of artist Matt Elliott, who opens up in rehearsals, interviews or writings. With disturbing clarity of expression, Elliott discusses his depression and the magic of inspiration, or reveals his heartfelt political opinions. Peppered by interludes of humour, this tremendously poetic film is enhanced by brilliant imagery and sound.

Backstage at a concert hall, the musician Matt Elliot, also known for his involvement with the group Third Eye Foundation, is anxious about the late arrival of another musician. This is the beginning of a portrait of the dark and tortured world of the artist, who – clearly complicit with the directors – opens up during rehearsals, concerts, interviews or through his writings. With disturbing clarity of expression, Elliott describes his recent dreams, shares his points of view on religion, and discusses his depression and the magic of inspiration. He also reveals his heartfelt opinions on politics and state manipulation. Consisting of three acts peppered by interludes of humour shared with other musicians, this film always maintains the right distance from its subject. The music running through the film forms the epilogue to a superb sequence in which the artist sings: “And how is one supposed to mourn if one is not entirely sure what has died?” Specialising in image and sound, respectively, the two directors deliver a tremendously sensitive and poetic directorial debut. 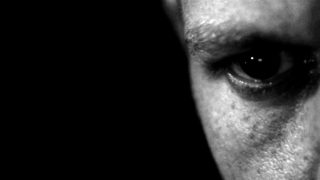