In Amsterdam, around fifteen people die completely alone each year. An association founded by a poet takes care of their funerals - at which poems especially written for the unknown departed are recited. This is a curious and evocative film about these diehard humanists who strive to return a semblance of dignity in death, both to their fellow humans and to an indifferent society.

In Amsterdam, around fifteen people die completely alone each year. The funerals are organised by municipal services, but an association of poets respects conventions by reciting poems written for the occasion. A hybrid and suggestive object, Poule des Doods interlocks storytelling styles and stages to broach civil servants’ handling of death, the surreal farce of these funerals, or the difficulty of writing about such a singular subject. For these humanist poets, devoted to returning a semblance of dignity in death to their fellow humans, it is, above all, a matter of remedying the shortcomings of an incomplete identity, mere clues of which remain, and the indifference of society. As if carried along by their spirit, the film at times forsakes the chronicle to write its own poetry. Amateur extracts, screened in the flat of the anonymous deceased, give him back a face, a history, even an archetypal one and, through the collective imagery of ‘found footage’, symbolically replace him in the community that had marginalised him. The funeral oration becomes an ode to life. 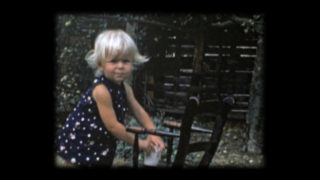