The residents of a Serbian village, who have withdrawn into an insular identity, must live together with illegal migrants who, on a stopover in their journey to the European land of milk and honey must remain invisible. The power of Marko Grba Singh’s film to evoke this place of paradoxes comes from how he interplays elements of Balkan “farce” with a certain elegiac melancholy.

Banja Koviljaca is a small Serbian town on the Bosnian border that has become a transit point for some fifteen hundred African, Asian and Balkan migrants trying to cross illegally into Europe. Filmed over several months, Bledo chronicles the geographical aberration of this “village”, which is supposedly ethnically pure since the end of the war in the former Yugoslavia, whose inhabitants are nonetheless putting up with the presence of an “unwanted” population… at a price. After a tractor demonstration (!) demanding the end of this exception and the intervention of police units, the “liberated” Banja Koviljaca is able to wallow in the most despicable provincialism. Marko Grba Singh subtly leads his film into sardonic farce, tainted by a certain melancholy. Linking a clip of Ethiopian music found on YouTube – a sign of the virtual character of the “elsewhere” when this elsewhere is brutally obliterated from real everyday life – with sequences filmed during the “Royal Carnival” that his fellow Serbians noisily celebrate, the filmmaker shows a community hemmed in by the pretences of its own nature. 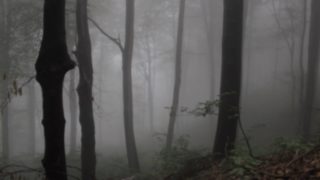