It’s summer once again. The machine of tourist entertainment starts grinding again. People coming from all over the world flood the Adriatic. On a boat that cruises along the coast, people party hard in the summer heat, dancing and singing relentlessly. Every summer the Croatian coast nearly doubles or triples its population. Tourism is today the big- gest part of the Croatian economy, and it often looks like it may be the only one. This is why there are so many tour- ist attractions popping-up all over the Adriatic, sometimes seemingly from nothing. The film follows fragments of different stories from the Adriatic. While some breed and hunt fish, others are trying to make the precious guest feel at home and some just have to clean up after everyone when the party finally stops. The circle of life indeed never stops. The Croatian economy depends largely on its never-ending turnover. A funny and wild film about mass hysteria in the summer time where an astonished observational approach reveals the hid- den surrealism of consumerist society.
Giona A. Nazzaro 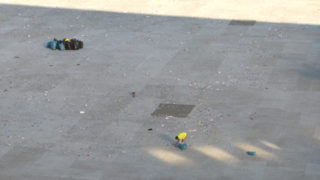 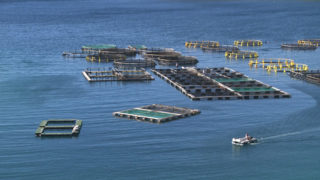