Alessandra Celesia trained as an actor. It is this experience, on stage as well as in front of the camera, that enables her to guide her characters along life trajectories that are real and imaginary at the same time. But we should not think in terms of fiction. She does not need to stage it. The knowledge of the people she films, the intersection of their itineraries and their personalities is enough for her to create human comedies that belong to reality as much as they do to her inner playwright. In fact, it is only film, there where, as Rohmer used to say about Les Etoiles de midi by Marcel Ichac, “art does not reproduce reality; it discovers it”. This is what happens in this magical short, the real adventure of a visitor in the land of theatrical representation. A young boy, who lives in his own world, wanders around backstage in the Chaillot Theatre...without getting lost in pointless words of point- less explanations, the filmmaker films the bodies and spaces as the boy sees them: little moments of grace and the components of a fairy tale.
Luciano Barisone 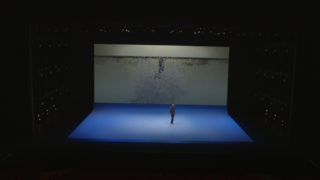 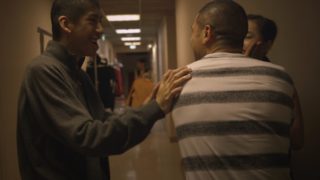