Visions du Réel is extremely happy to welcome Kirsten Johnson as Special Guest of its 53rd edition. This tribute resonates this year in the Festival’s visuals. Designed by the Geneva-based studio Schaffter Sahli, the triptych of posters presents photographs taken by Kirsten Johnson and Vincent Sahli during a trip to the Midwest in 2003. The portraits depict participants in a twins gathering, the Twins Days Festival, held in Twinsburg, Ohio. Visions du Réel finds an echo here, particularly in relation to the hybrid character of some of the films included in each year’s selection, and the understanding of a contemporary non-fiction film that espouses the complexity and strangeness of the real, resolutely open to staging, on both sides of the camera.

Kirsten Johnson, multi-award-winning filmmaker and cinematographer from the United States, who has some 60 films under her belt will be in Nyon to present a retrospective of her films as well as a selection of films to which she has contributed. As much in the films she has directed – particularly with Dick Johnson is Dead (2020), a winner at Sundance – as in her collaborations – which include, for example, Citizenfour (2014) by Laura Poitras, which won the Academy Award for Best Documentary – Kirsten Johnson has never stopped questioning the ethical issues of documentary filmmaking and assumed the presence of a person behind the camera. 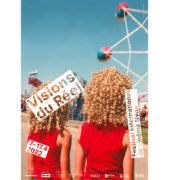 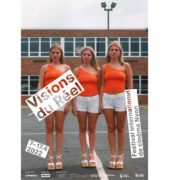 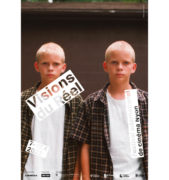