Two brothers from a family of Colombian mule drivers lead very different lives: one has headed to the city to care for his sick mother, while the other has stayed behind in the family house to pursue the profession. They meet for a final expedition very reminiscent of Fitzcarraldo. A film permeated with the beauty of scenery and the energy of bodies at work.

Two brothers try to keep alive a profession that is dying out in Colombia, that of the mule driver. Better known as “the gypsies”, they now live two parallel existences. Alonso, the younger brother, forced to live in town because of his mother’s illness, tries to start a new life in an unfamiliar environment, since the doctors advise them against staying in their isolated house in the mountains. Novier, the older brother, continues to live there. Despite a gradual decrease in demand, he fights to look after the family hamlet and continue the work he inherited from his father. They meet for a final expedition, very reminiscent of Fitzcarraldo, in a film permeated with the beauty of the scenery and the energy of bodies at work. “The title ‘inside the mountain’ is a metaphor for the existential condition of Colombian farmers since independence. Never considered in the country’s social structure, it is now kept intact in the mountains, in a world with which the inhabitants of the towns have no relationship.” (Nicolás Macario Alonso) 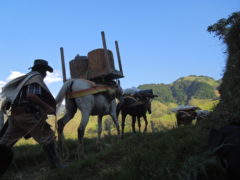 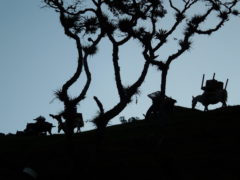 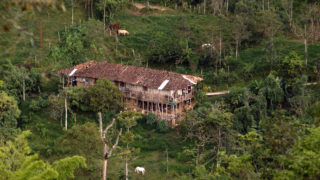 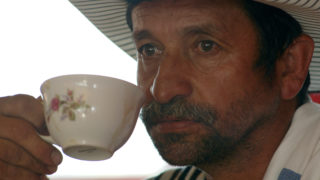