In September 1982, the day after a great many Palestinian refugees were killed by militia, Jean Genet visited the Chatila camp in Beirut and was irrevocably affected by what he saw. Accompanied by a young French woman of Algerian origin, Dindo delivers a film that is as lyrical as the prose of the author in whose footsteps he is following, in a time cadenced by Mozart’s Requiem.

“If so many things are there to be seen, and only seen, then no words will describe them,” said Jean Genet in “Un captif amoureux”.In September 1982, the militia invaded the Sabra and Chatila camps in West Beirut, killing a great many Palestinian refugees. Jean Genet was in Beirut at the time and, visiting Chatila the following day, was irrevocably affected by the desolation he discovered there. Guided by a text, as in several of his films – a text that Genet wrote some months later in spite of the cancer that was eating away at him – and mixing archival material with testimonies, the filmmaker follows his footsteps, in a time suspended and cadenced by Mozart’s Requiem, in search of images. Although his perspective often merges into that of the figure whose portrait he is drawing, he is accompanied here by a young French woman of Algerian origin, who reads extracts from the text, whereas Robert Kramer lends his voice to the author. It is this delicate and poetic device that gives the film (presented at the “Semaine de la critique” in 1999) all the lyricism and accuracy that its subject demands. 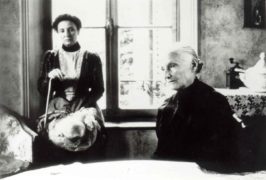 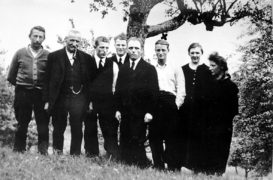