Arnaud Robert’s film faithfully describes the adventures of a Benin musical combo – the irresistible Gangbé Brass Band – on the road to Lagos, to perform with Femi Kuti at the Shrine, a club which is a symbol of Afrobeat, created in the 1970s by Femi’s father, the late and legendary Fela Kuti. An exciting journey in a contemporary Africa that re-invents itself with each piece of genius-like improvisation. 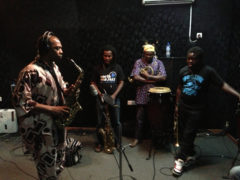 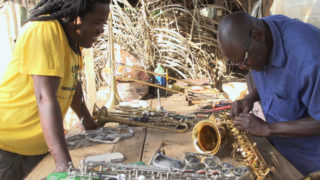 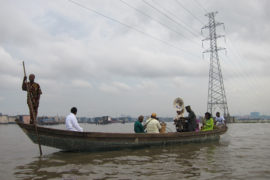 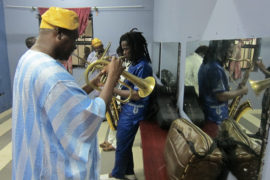