The White Building, an emblematic apartment block home to 493 families in Phnom Penh, is going to be destroyed soon. Kavich Neang intimately chronicles the last days of this building through the portrait of three families (including his own) who live there. He thus sets out to encounter the inhabitants, starting with his own father, shortly before they abandon this site which was the setting of their private lives for years. The history of the inhabitants mixes with the country’s recent history. This building has witnessed the rise and fall of the Khmer Rouge, sheltered a community of artists and has lived through a first evacuation, in the time of Pol Pot. The film’s delicate and meticulous aesthetic cancels all difference between daily life and dreams, between history and poetry. Last Night I Saw You Smiling thus composes the announced chronicle of a physical and moral ruin and the disintegration of a generation. A film on the collective memory of places and the ghostly echoes that remain attached to spaces. 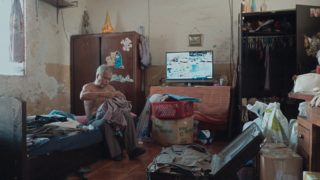 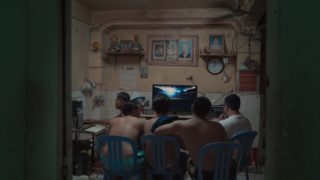