The VdR–Development Lab is conceived as a workshop for the development of projects from Africa, Asia, Latin America, the Middle East and Eastern Europe. It offers the directors and producers the opportunity to be tutored through the development-phase in order to more easily reach and access the international market. In addition, each selected project receives a grant of CHF 5,000.

In partnership with the TorinoFilmLab

Here are the four projects that will be accompanied during the following months:

The call for the 2022 VdR–Development Lab is now closed.

VdR–Development Lab will be held online all around the year and on-site, in Switzerland, during Visions du Réel 2022 in accordance with the sanitary restrictions and recommendations for international traffic in force at that period.

The aim of VdR–Development Lab is to stimulate the creative documentary sector in these regions during the sanitary crisis and help new projects enter the international market.
The 2022 edition of the Lab provides a tailor-made program to assist the development-phase of 4 projects, including:

-tutoring on artistic development, as well as the refinement of a dossier and further tools of presentation;
-specific tutoring on the visual material and the editing of a teaser;
-participation in the 2022 edition of Visions du Réel with consulting, matchmaking and networking.

We are looking for projects:
– in feature length which reflect the strong vision of the author, with precise formal intentions and which have the potential to reach a global audience. Thus, we are looking for projects with international potential (both in terms of production and distribution).
– at the development stage: with the idea of ​​the story already fleshed out, a draft of the script already written, and some footage already shot (projects entirely shot are not eligible).
– directed by filmmakers from and living in the above-mentioned regions (in one country of the DAC List of ODA Recipients).

Eligibility
– All directors attached to the project must have the nationality of a country as defined on DAC List of ODA Recipients.
– In addition, if a producer is already attached to the project, his/her company must be based in a country appearing on the DAC List of ODA Recipients.
– Applications must be accompanied by visual material of the project. It can be a teaser or selected research material. Link to at least one previous work is also required.
– Entry forms must be filled out in English. Visual material and the full current version of the dossier can also be sent in French for the selection process, but the Lab participant must speak English. 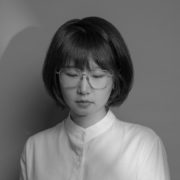 Yiyun Chen Director of The Pass

Director of The Pass

Yiyun Chen is a Chinese journalist and filmmaker based in Beijing. She directs, produces, films and edits feature and short films on a wide range of China-related topics and feature coverage across Asia. Her works are published on BBC News, Al Jazeera English, South China Morning Post and ARTE. 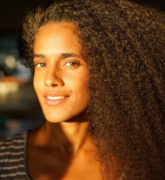 Yara is an African filmmaker working on stories about identity. Her work is a reflection on post-colonial contemporary Africa. Her latest film, Between God and I, tells the story of a Muslim young woman who advocates for Sharia in the Island of Mozambique. Buffalo King is her next feature documentary, exploring a white man´s “Mozambican conflict of identity » in a young African nation struggling to find itself. 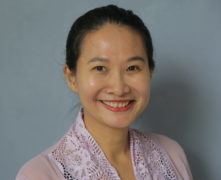 Amelia Hapsari is the Framework Change Leader of Ashoka in Southeast Asia. She is responsible for creating strategies and synergies with various stakeholders in shifting decision-makers and public mindset that builds the Everyone a Changemaker movement in Indonesia and Southeast Asia. Her previous role in In-Docs has contributed to the building of an ecosystem that helps documentary films create social impact in Southeast Asia. 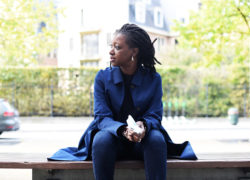 Katy Lena Ndiaye is a Senegalese filmmaker and producer. She grew up in Europe, studying literature in Paris and journalism in Brussels. Her films On a le temps pour nous, Traces empreintes de femmes, En attendant les hommes have received awards at numerous festivals and have been distributed on five continents. Katy Lena has also worked for television. She has presented, directed and produced the magazines Reflets Sud and Afrique Plurielle, broadcast on TV5 Monde and the French-speaking Belgian Television, RTBF. In 2013, she founded IndigoMood films. The production house based in Dakar, accompanies authors in their desire for cinema, brings their stories and visions of the world from the idea to the screen.