What Audience for Tomorrow? The Distribution of Documentary Cinema – One Year Later 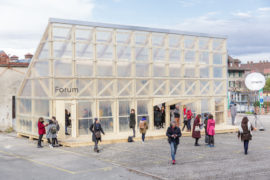