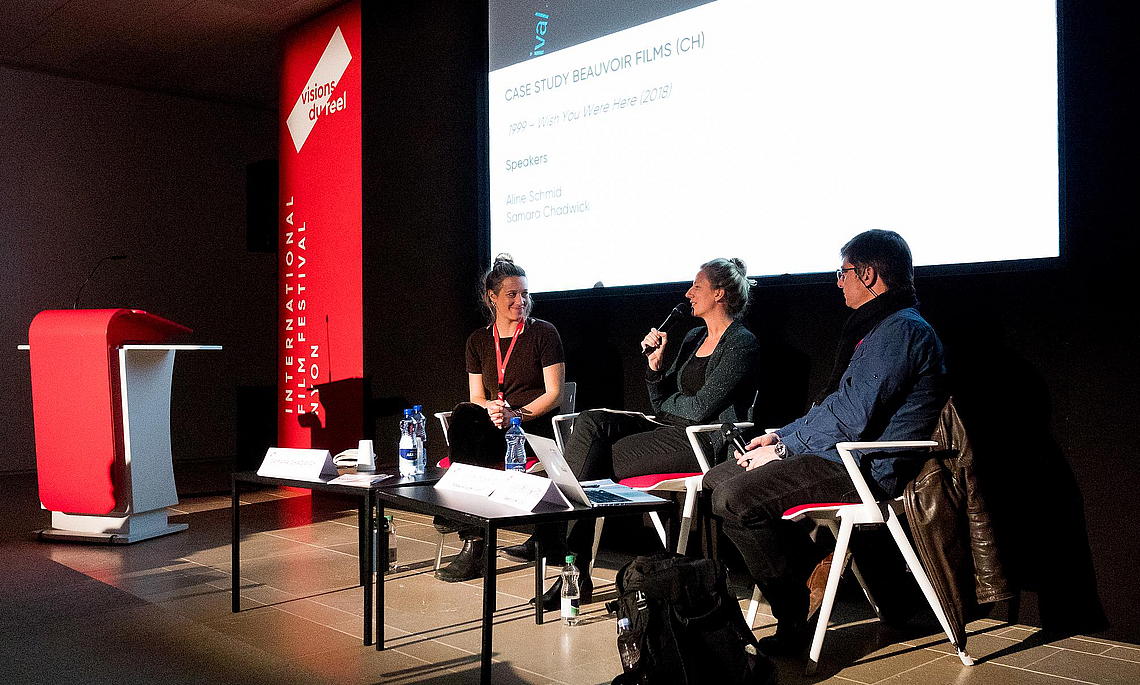 Swiss producers and representatives of public financing and television meet a delegation from a region having a coproduction treaty with Switzerland, to encourage coproduction, networking and collaboration.

Swiss producers and representatives of public financing and television meet a delegation from a country offering official coproduction opportunities with Switzerland to encourage networking and coproduction.

Following the success of the bilateral meetings we put in place with the Fédération Wallonie Bruxelles and Québec resulting in several concrete coproductions, this year we have organised a bilateral coproduction meeting between Switzerland and the United Kingdom, based on the European Convention on Cinematographic Co-Production CETS.

Following the measures taken by the Federal Council in the fight against Covid-19 in Switzerland, the meeting will not be taking place in Nyon in April 2020, but has been adapted for an online event.

The invited participants will talk in a first moment about challenges and opportunities of a coproduction between Switzerland and the UK, followed by a company and project presentation of 5 experienced producers from different regions in the UK and Switzerland respectively. We thank our partners, the British Film Institute BFI and the OFC, Federal Office of Cultural Affairs / Media Desk Suisse.