Gianfranco Rosi was born in 1964 in Asmara (then in Ethiopia, now in Eritrea). He moves to New York in 1985, where he later graduates from the New York University Film School. Following a trip to India, he produces and directs his first medium-length film, Boatman (1993), presented at several international festivals. In 2008, the filmmaker wins the Prix Horizons and Doc/it for his first feature film, Below Sea Level at the Venice Film Festival, and the Golden Lion in 2013 for Sacro GRA. The film thus becomes the first feature documentary to be its holder. In 2016, Rosi goes on to win the Golden Bear at the Berlin International Film Festival and is nominated both at the Oscars 2017 and the César 2017 for his documentary Fuocoammare.
These prizes are clearly a confirmation of a body of work that has successfully reached the eyes and hearts of the public all over the world. A prestigious guest, loyal to Visions du Réel: he came to Nyon in 2012 to present Sacro GRA, which was still at the project phase. El Sicario, Room 164 and Fuocoammare were screened in 2011 and 2016, respectively.

Gianfranco Rosi Masterclass held byJacopo Quadri
Jacopo Quadri is the most prominent Italian editor working today. Stepping in the footsteps of legendary professionals such as Eraldo da Roma, Mario Serandrei, Kim Arcalli and Nino Baragli, masters and stalwarts of the Italian editing tradition, Quadri started working in the 90s. With almost one hundred films to his credit, equally divided between fiction and documentary, he has developed an unmistakable editing style. Sought after by the most innovative Italian directors such as Mario Martone and Pippo Delbono, he worked also with Apichatpong Weerasethakul on Tropical Malady. His most important and defining professional relationship began in 1993, when he edited Boatman, a small black and white documentary shot in India on 35 mm by Gianfranco Rosi. From that film on, Quadri and Rosi solidified a professional bond that Rosi himself dubbed as “method editing”. Over a time-span of almost 25 years, Jacopo Quadri has edited all of Gianfranco Rosi’s films. Quadri will be leading Rosi’s Masterclass at Visions du Réel and will share his experiences with the audience. A unique opportunity to meet one of the most talented and creative professional working in contemporary cinema today. 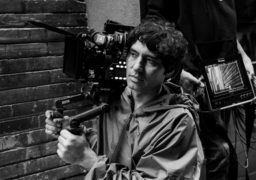 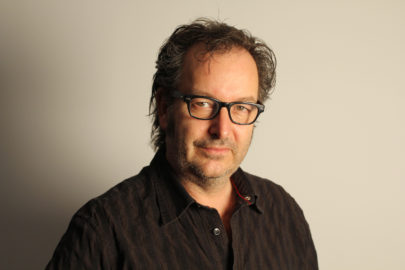