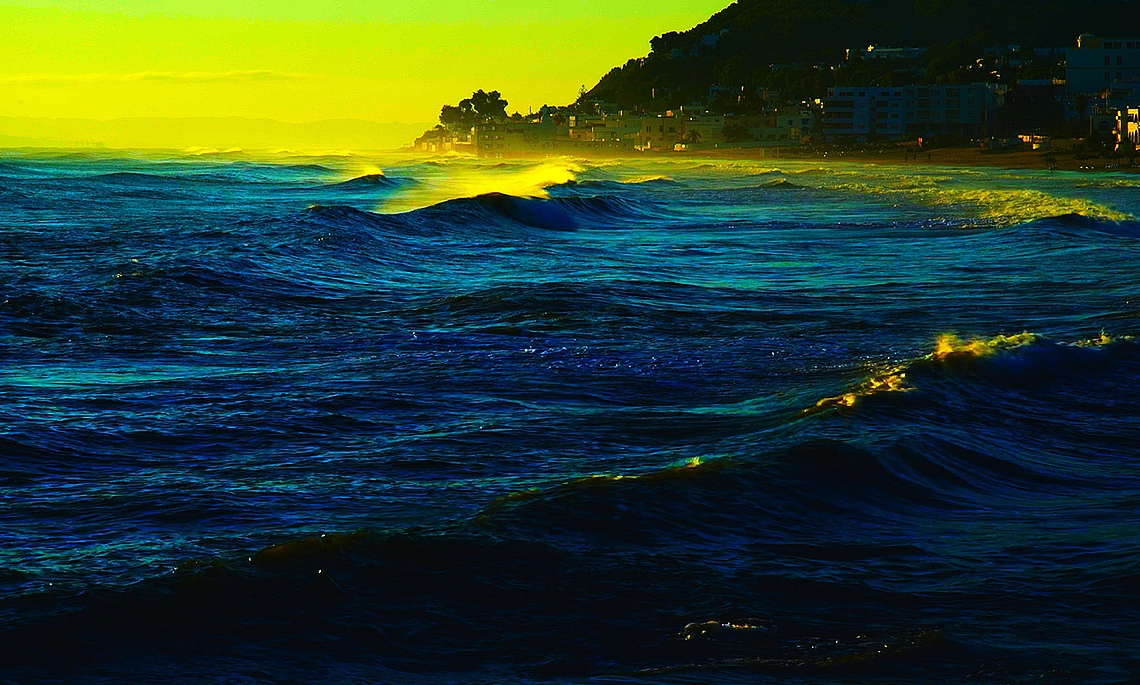 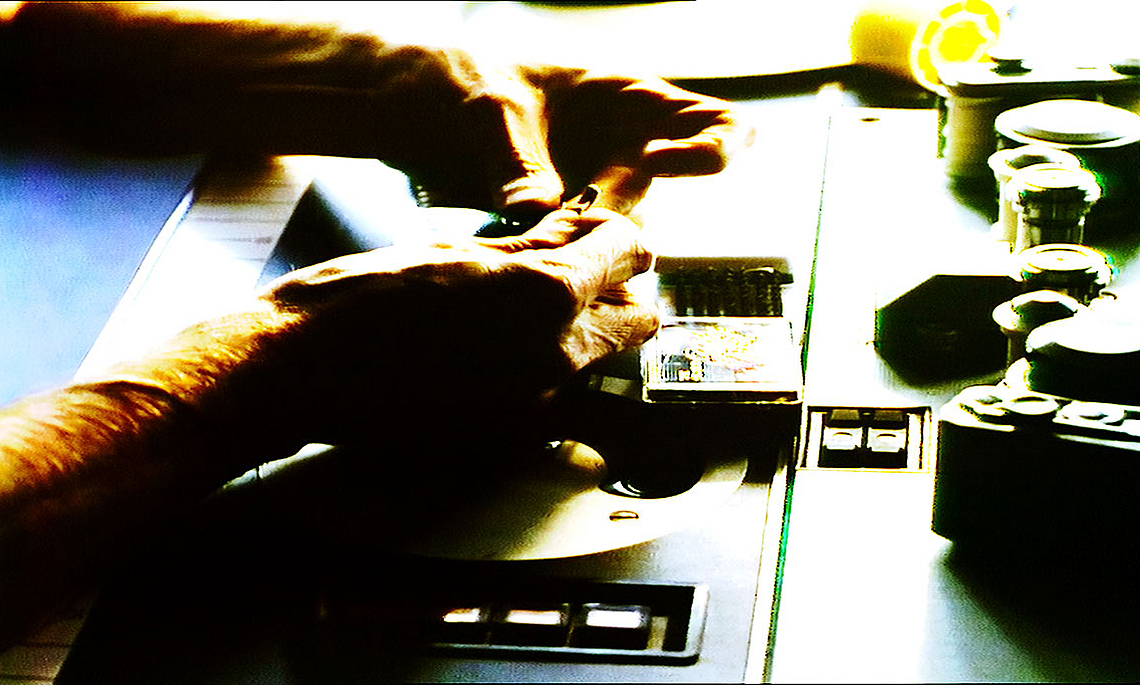 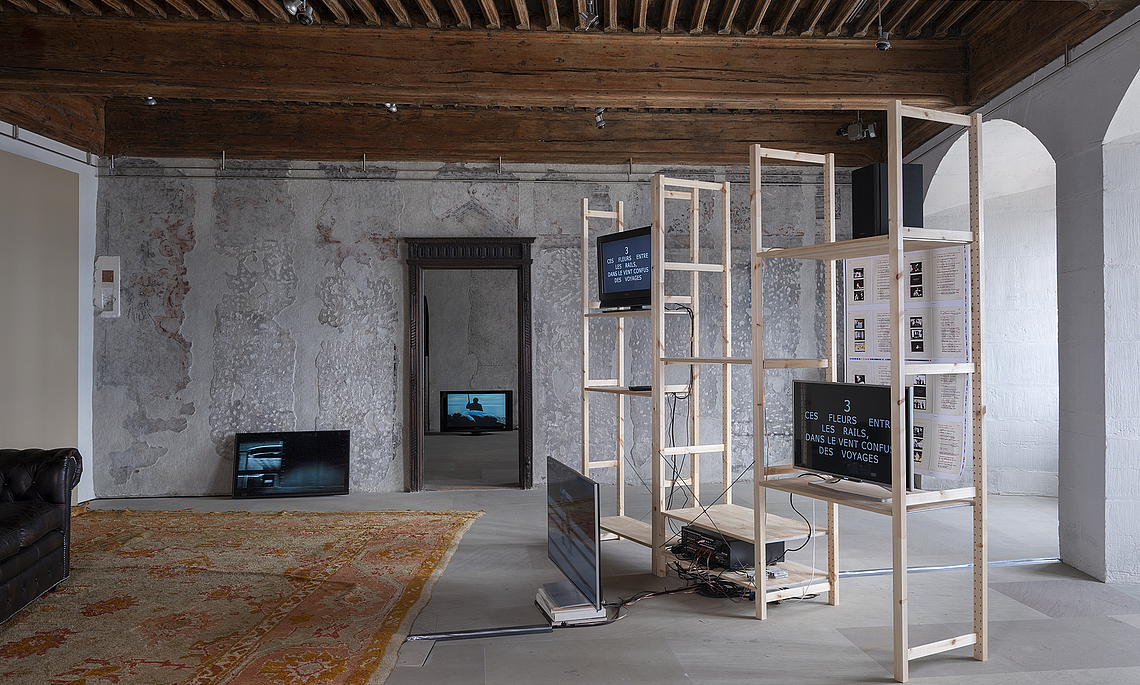 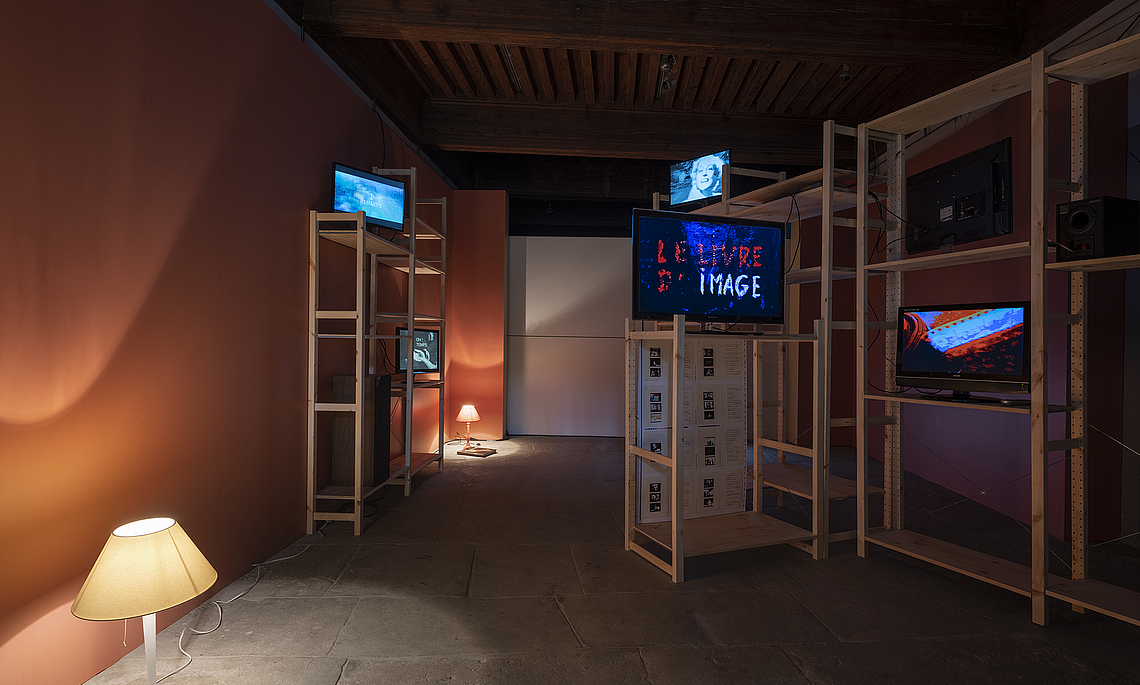 The Image Book (2018) is the latest film by Jean-Luc Godard, the French-Swiss filmmaker living in Rolle (Switzerland) and related to the city of Nyon through his personal history. A monument of world cinema, the highly prolific director has consistently influenced the cinematic art with his audacious style.

Introduced by five chapters, like the five fingers of the hand, which together form a sixth — like the events of the past forge each individual according to their composition—, The Image Book weaves together images borrowed from the memory of film. Like a cinematographical political poem, which Jean-Luc Godard inhabits and intersperses with his voice and sounds, texts and music, while he carves the extracts, superimposing, shifting, reframing the sequences and saturating the colours.

The exhibition, conceived with the filmmaker in a dialogue initiated two years ago, covers the cutting of the film in six parts. It fragments, and breaks down even further each part of the work, both in terms of sound and image, inserting space and time between those dimensions. “If directing is a look, editing is a heartbeat. Planning is the trait of both; but what one seeks to plan in space, the other looks for in time.” (Cahiers du Cinéma, December 1956). Godard naturally contemplates editing in its relationship to time, but also sees it as being closer to an architecture (Jean-Luc Godard by Jean-Luc Godard, 1998) rather than as a cumulative addition of elements underpinned by the story. Editing consists in “creating relationships between things […]. What I call editing is simply a convergence. […] Editing enables us to see things and not to say them” (JLG, Introduction to a True History of Cinema and Television, 1980).

sentiments, signes, passions takes root in an approach located within the heritage of Henri Langlois and his film museum, which mixed posters, models and drawings so as to give a physical form to the very idea of editing. Through different spaces, many screens and speakers, as well as the perception of the outside world, the relationship to images and sound is exacerbated, while the linear filmic format is evasive. The free, arbitrary and constantly renewed association of the elements (images, sequences and sounds) creates in the spectator a new language and a personal experience, since everyone determines their own path through the space of the “film” that this exhibition is.

The exhibition is presented in collaboration with Château de Nyon, with the support of the Canton of Vaud, the City of Nyon, the Region of Nyon and the Jan Michalski Foundation.
Technical partner: Imersis.