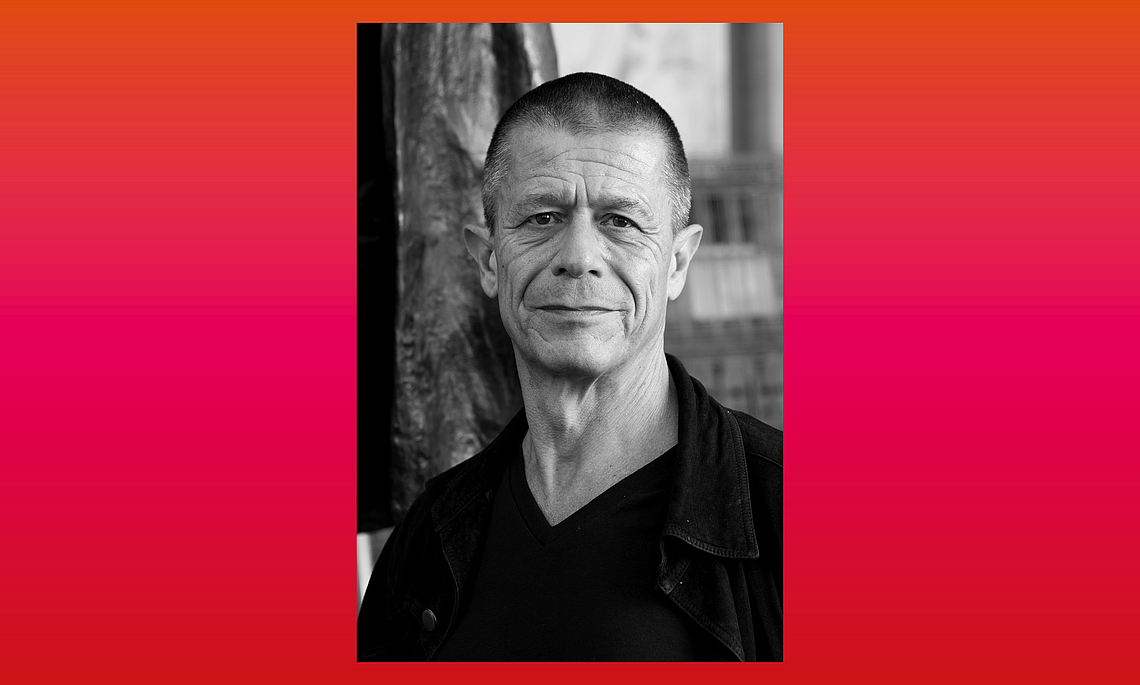 The Fiction of the Real: Emmanuel Carrère is the 2021 Guest of Honour

Visions du Réel pays tribute to the French author, filmmaker and screenwriter Emmanuel Carrère by awarding him the prestigious Honorary Award (previously the “Prix Maître du Réel”). The homage will include a Masterclass on Tuesday 20 April, a Carte Blanche and the presentation of his documentary Retour à Kotelnitch (2003). The prize will be presented during the 52nd edition of the Festival, taking place from 15 to 25 April 2021. The Cinémathèque suisse (National Film Archive) and the ECAL (University of Art and Design Lausanne) partner once more with this invitation.

The choice of Emmanuel Carrère as Guest of Honour for the 2021 edition reflects the Festival’s profound ambition to further and relentlessly extend its exploration of the notion of reality, through different forms and incarnations, be they cinematographical or literary. Whether in his publications, or in his approach to image and film, even fiction, Carrère is primarily concerned with fragments of life, with extracts of ‘reality’, which emerge implicitly, that he seizes by adopting a position of subjective witness. Talking in the first person of those women and men who don’t resemble him, seeking out the possibility of being a ‘community’ in the writing of this irreducible difference, inevitably brings this author closer to the familiar practices and processes of contemporary non-fiction filmmaking.

Born in Paris in 1950, Emmanuel Carrère studied at the Institute of Political Studies (Sciences Po) and did his military service in Indonesia. Back in France, he began his career as a film critic for the magazines Positif and Télérama. In 1982, he wrote his first book, a monograph devoted to the German filmmaker Werner Herzog. After a noteworthy biographical essay on Philip K. Dick (I Am Alive and You Are Dead: A Journey into the Mind of Philip K. Dick, 1993) in which he already began experimenting with what would then become his style, he directed his pen towards formal research seeking to reveal the share of fiction involved in entirely truthful material, of which The Adversary: A True Story of Monstrous Deception is emblematic. This troubling account dedicated to the Romand case, adapted into a film in 2002 by Nicole Garcia, would become the first major success of his career.

Thereafter, Emmanuel Carrère would navigate between the different media with curiosity and ease; as well as being a journalist and a writer, he is a screenwriter and a filmmaker. An author with many questions to ask, he explores the subjects of reality, beliefs and our introspections. His first featurelength film Retour à Kotelnitch (2003), selected at the Venice Film Festival, blends Russian history with his personal biography. In 2005, he adapted his own novel, published by P.O.L, La Moustache – The Mustache (presented at Directors' Fortnight), with Vincent Lindon and Emmanuelle Devos. Throughout his works in many forms, Emmanuel Carrère – awarded the prestigious Prix Renaudot for Limonov: The Outrageous Adventures in 2011 – has brilliantly questioned the opacity of fiction and the strangeness of the tangible world. His latest book Yoga is an intimate and abrasive observation, not bereft of humour, on the state of the contemporary world and the tormented souls who populate it. Based on the documentary work of the journalist Florence Aubenas, Le quai de Ouistreham, his new eponymous film with Juliette Binoche in the main role, will be released in 2021.

In his essay Pourquoi j’aime le cinéma 1, Emmanuel Carrère explains: “The raw documentary about countless real factors, which, more or less fortunately domesticated, have led to fiction (or to the documentary, equally) fascinates me more, essentially, than this fiction. (…) Everything that has been filmed fascinates me; I only sort through it at a later stage, and that for me is a radically different process. One does not judge reality, it seems to me.”

The Festival will present Retour à Kotelnitch (2003) as well as a Carte Blanche to show films that are seminal for the author. Continuing longstanding strong and fruitful partnerships, this homage is organised in collaboration with La Cinémathèque suisse, which will present films directed or scripted by Emmanuel Carrère, and with ECAL, which will co-host the 3-hour Masterclass given during the Festival. Among other things, this time of discussion will provide an opportunity to explore Emmanuel Carrère’s relationship with reality, image and film.

Created in 2014, the Prix Maître du Réel awards the body of work of a filmmaker who has been as active in the field of documentary film as in that of fiction. From Claire Denis in 2020 to Werner Herzog for the Festival’s 50th edition (in 2019), not to mention Claire Simon, Peter Greenaway, Alain Cavalier, Barbet Schroeder or Richard Dindo, all of the Maîtres du Réel have helped to broaden the spectrum of cinematographical possibilities. In 2021, the prize and the homage are being renamed in a desire for simplification and openness. In this vein, Emmanuel Carrère becomes the first “Guest of Honour” for Visions du Réel.