On the island of Sapelo, in the United States, two brothers grow up accompanied by their adoptive mother Cornelia, one of the last representatives of the Geechee African-American community. As adolescence breaks, they discover, in the heart of the forest and on the shores of the Atlantic, a preserved natural space and a unique culture, both doomed to disappear.

On the island of Sapelo, in the United States, on the Atlantic coast, JerMarkest and Johnathan grow up in a natural setting with the appearance of a bayou. Cornelia, their adoptive mother is one of the last representatives of an African-American community, the Saltwater Geechee. This community from the southern USA took refuge on this island full of swamplands and endemic forests at the end of slavery. And today, only a handful of people still have memories of the life spent on the island, such as gospel and rituals. Cornelia admits it, she took in the children in an effort to keep the places and her culture alive, and she loves telling stories of her childhood, populated with armadillos and will-o'-the-wisps. As adolescence breaks, the two boys take the same sandy paths she did, surrounded by pine trees or age-old oak trees, where they play in total freedom. Times have changed though, and from the moments shared filming them in these sumptuous landscapes, Nick Brandestini retains the difficulties preserving a haven of peace in a world where everything is disintegrating. 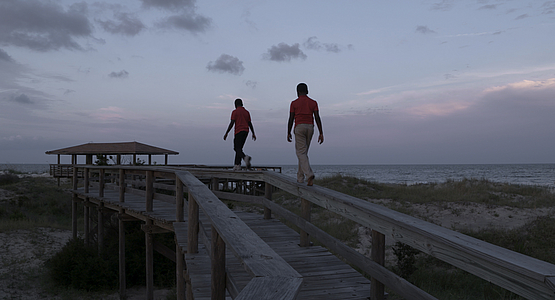 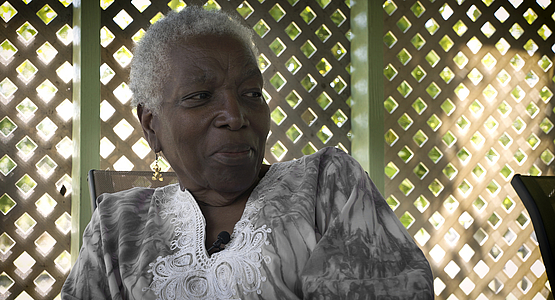 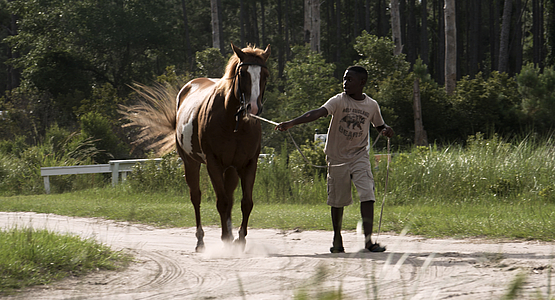 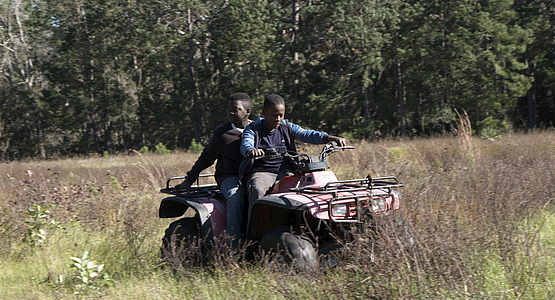