Professional athlete Abdallah has managed to escape Gaza. His friend Jehad still lives there though, training young athletes for whom sport remains the only thing imbued with hope amidst the conflict. Is it better to leave to fulfill your dreams or stay to fight for your country? The question is the common thread running through this deeply moving account of personal challenges.

Abdallah has the brave idea of starting a parkour team in the Gaza Strip, his homeland, but one day he decides to leave the country for Europe. His friend Jehad still lives in Palestine though, committed to training young athletes for whom sport offers the only glimmers of hope amidst the conflict. But when he receives the visa that will enable him in turn to leave for Europe, doubts emerge: should he follow his dream of becoming a professional athlete or stay committed to youngsters in his country? Emmanuel Gerosa delicately films the body of these young sportsmen who are training to make impossible leaps in the context of this endless war. Here, parkour is revealed as a political metaphor for Palestine, locked into the contours of a shameful wall that the Palestinians do not have the right to pass. The film thus faces up to different big political subjects, such as that of life in the occupied territory, or this heartbreaking question: do you go elsewhere or engage in your country's problem? 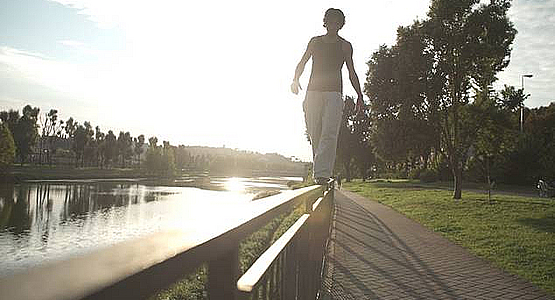 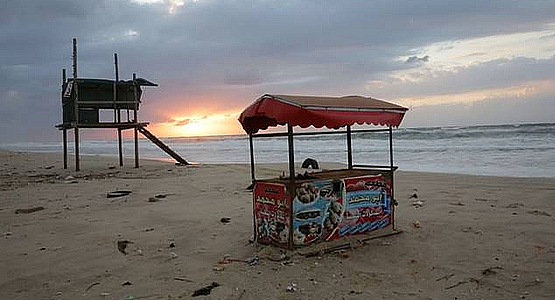 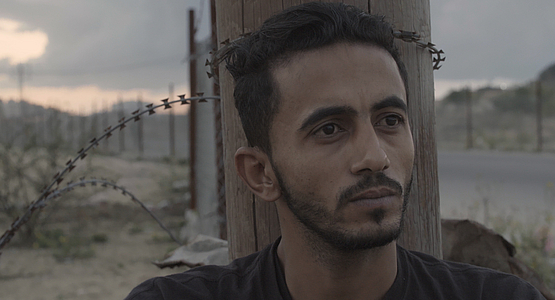 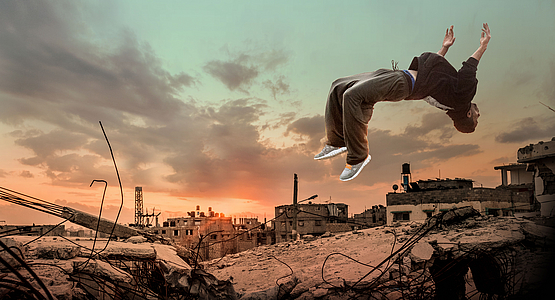 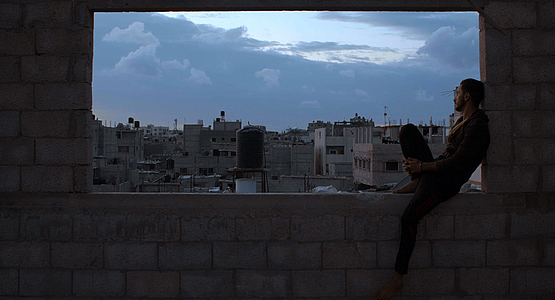